AN ACCESSIBLE SITE, OPEN TO ALL POSSIBILITIES

Bordering America Square, across from the pavilion for the Latin American countries and not far from the one representing the United States, Canada has been granted a levelled rectangle of 100 by 60 metres to erect its pavilion. Aside from the probability that the two neighbouring pavilions will be quite imposing on the site, few details are provided to offer a concrete expression of the site. Therefore, it becomes an auspicious screen upon which to project, invent, and appropriate.

THE SITE AS METAPHOR FOR CANADA

Starting from the space offered to us, an imaginary site takes shape that translates the idea of our country and its characteristics.

In this Nordic immensity, between three oceans–the Atlantic, Arctic, and Pacific–salt water tears away at this land’s banks, penetrates to its heart through large inlets, gulfs, bays and straits. Ubiquitous fresh water descends from the mountains and glaciers above to feed the rivers and lakes below. Water provides passage into the continent and favours exchanges between inhabitants and the founding of cities.

Greenery covers nearly one third of the country’s area. Reaching from the tundra down toward the south, the forest naturally becomes increasingly dense then thins out due to human activity, as cities carve out large clearings for themselves.

From the Great North to the seasonal cold of the south, a particular light and whiteness invades the country while, at other times, the most vibrant and the most delicate colours trade off, show off, sometimes heavy and cruel, sometimes iridescent.

Cities along the tempered ribbon

From east to west, clusters establish themselves principally along the southern border of the 50th parallel, in an elongated territory that starts just shy of the 60th meridian and continues across to the 130th. This territory forms a long curving ribbon whose ends meet and join to form a virtual loop through the communications linking regions, through the same sense of belonging, the same will to live together that emerges and rallies all citizens whatever their origin in the world or wherever they live in the country.

The pavilion’s architecture layers and weaves together a series of intertwined metaphors at different scales. The first represents the country, and serves as site for the second, that of the city, which in turn encompasses that of the town square.

The building as a looped ribbon

The interior court as a circumscribed public square

Mimicking the territorial disposition of cities described above, the long, bar (ribbon) of the building supplely coils between the slender ends of the allotted terrain’s perimeter. In this way, it supports the idea of a loop that unifies in spite of distances. It projects the image of a country that embraces that which it holds most dear: its population. The continuous path between entrance and exit suits the program of public performances, creating a platform upon which a series of events may unfold. Their starting point will be in the interior court left free at the centre of the pavilion that encompasses it.

Symbolized by the physical form it adopts and the characteristics that emanate from it, the court evokes the true nature of city. First, it is porous. At times resting on the ground, at others hovering, rising, lifting, and straightening, the ribbon building creates passages equivalent to roads, lanes and alleys that invite visitors to make their way into the central square. On the west side, one of the covered passages slips under the raised slopes of the structure. It straddles a pool of water of engaging coolness. On the side of America Square, the entrance, open to the sky, is manifest by a large notch in the building which is adjacent to the welcoming protection of two raised extremities offset from one another. These varied access points render the pavilion permeable to the curiosity of the visitor who is drawn towards this place, through a glimpse, intriguing by its atmosphere and activities. Second, it is inclusive. The walls that circumscribe the square define its nature. These vertical surfaces, at times covered with greenery, at times with a reflective material, maintain the sense of a protective, enveloping enclosure as they palpably extend the space towards other possible places, like getaways to the sky or boundless landscapes of a vast country. In addition, these walls frame the court and hold the power to draw attention toward the nerve-centre which they create. This place, like a town square, depicts city living, and mirrors this aspect by favouring encounters, exchanges, and interactive participation. Creativity can be released to provoke a spontaneous event in an artistic and fun manner. A velum covers the waiting area and protects the visitors from the sun or rain. Certain forms resemble trees in a non-literal way. Planted in strategic places, they reveal, with incongruity and humour, the need for their organic presence as if they were the city’s lungs. Patio tables and a performance stage make the wait unnoticeable or allow for a snack break that can linger on.

THE CONSCIOUSNESS OF LIVING

The consciousness of living in the square, the city, and the country, also extends to the planet. It harmonizes with the idea of the limited resources available relative to rising human demand. A solution to this imbalance begins with the implementation of a sustainable development and the necessity to preserve the quality of the environment. The looped ribbon acquires this new dimension. It can encircle the earth, link cities together and express a common concern to all inhabitants. Its first priority is indeed the inhabitants’ quality of life. It informs the construction of the pavilion in the choice of materials and methods. It guides the design and takes charge of the well-being of the visitors. 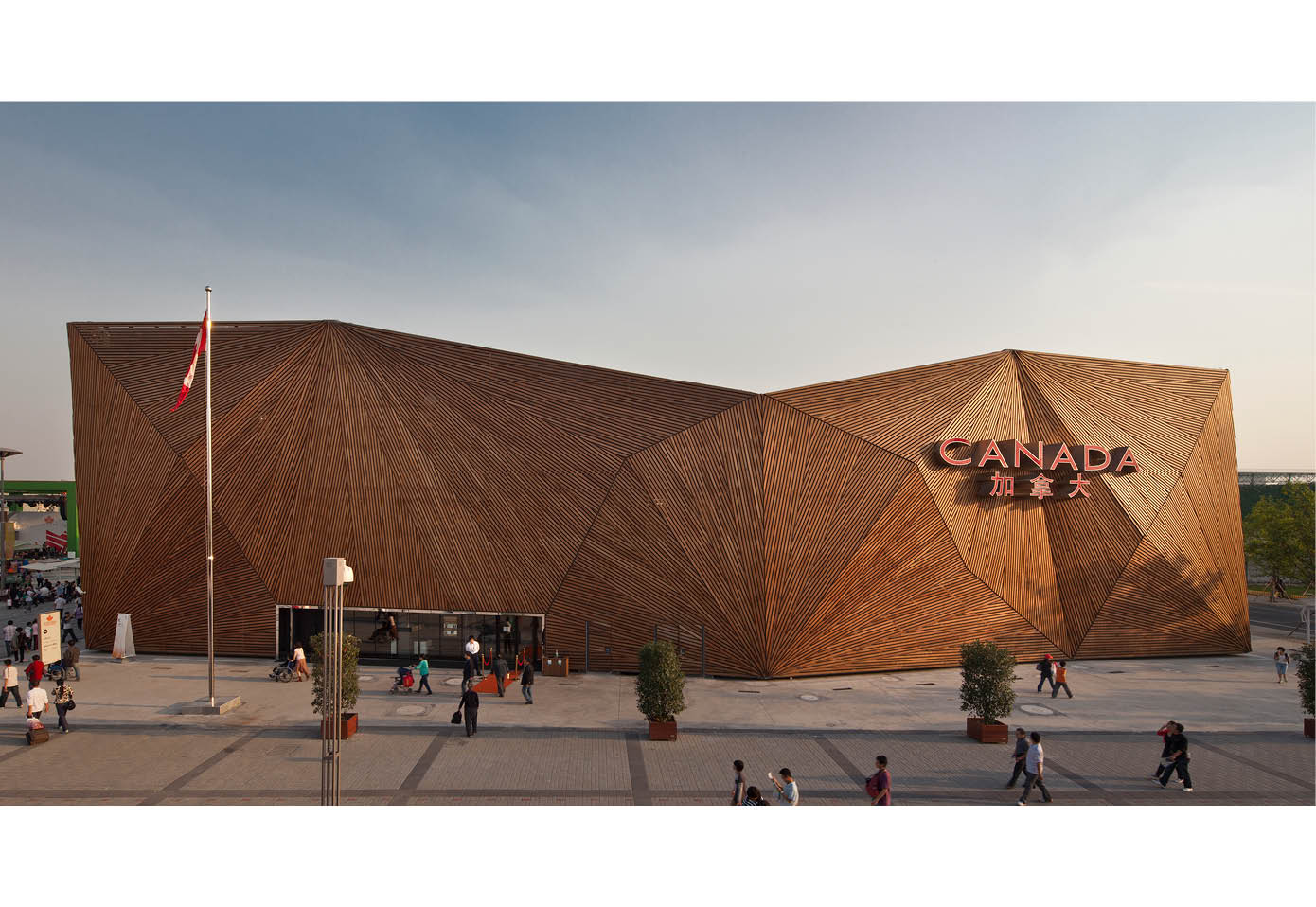 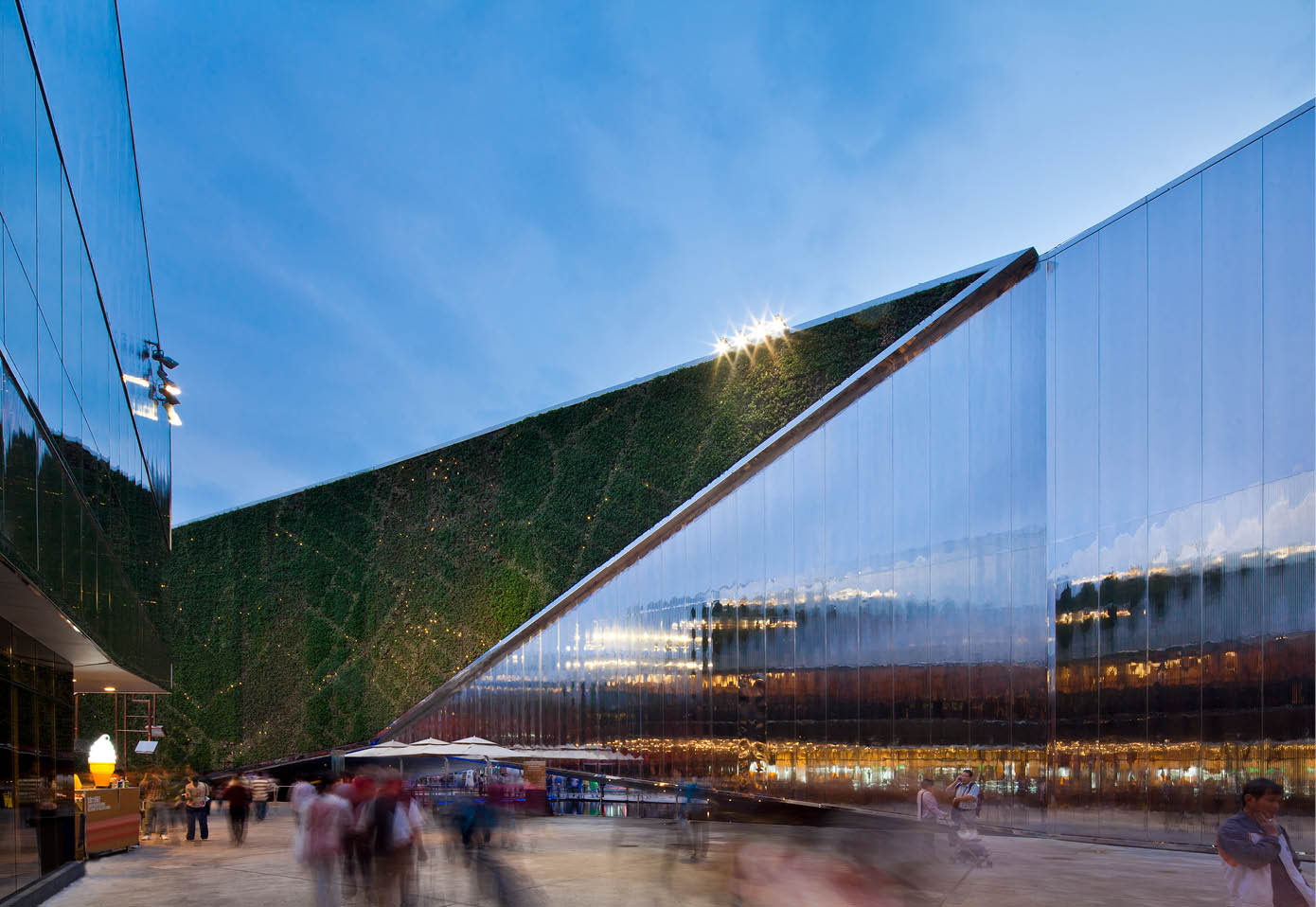 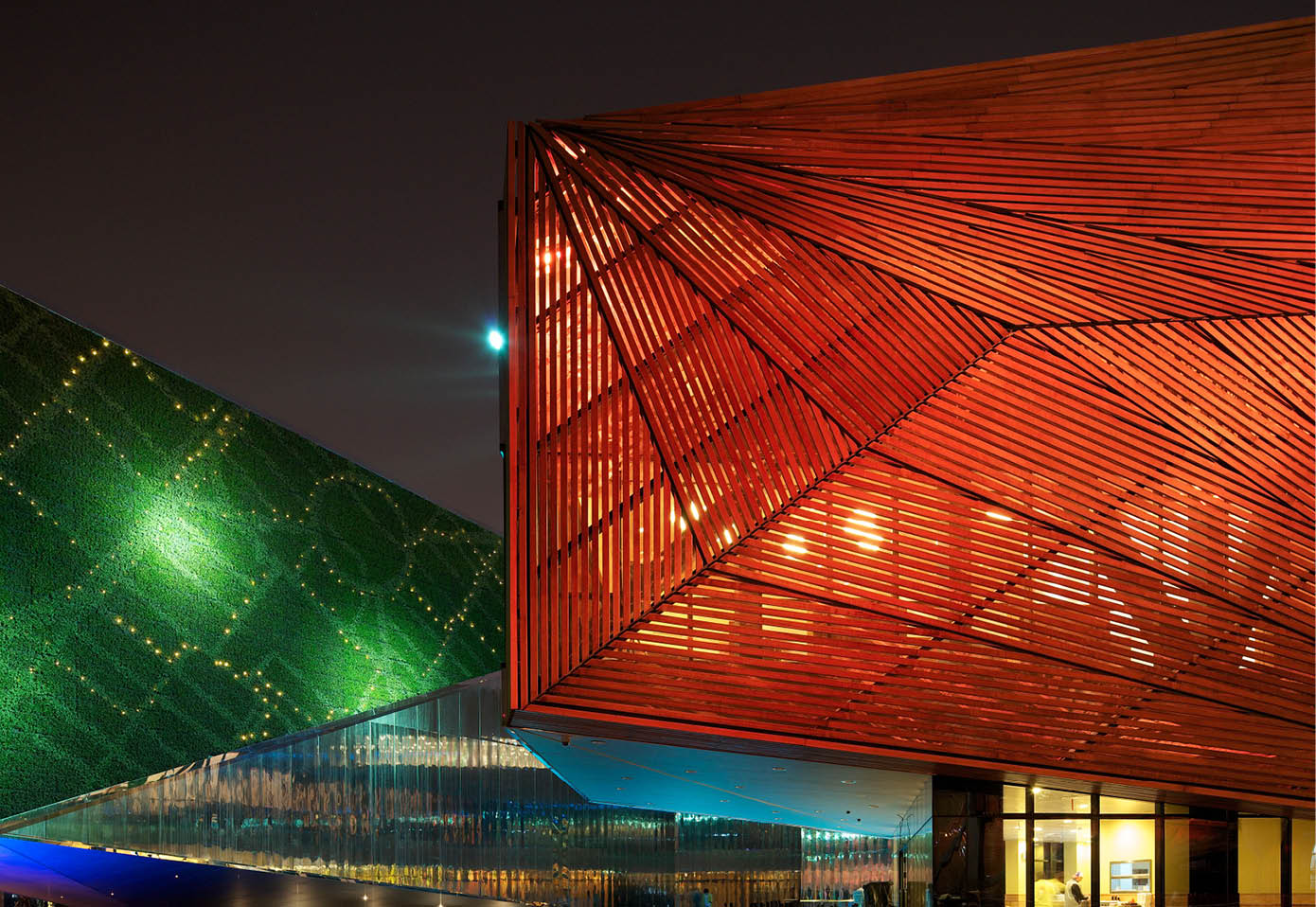 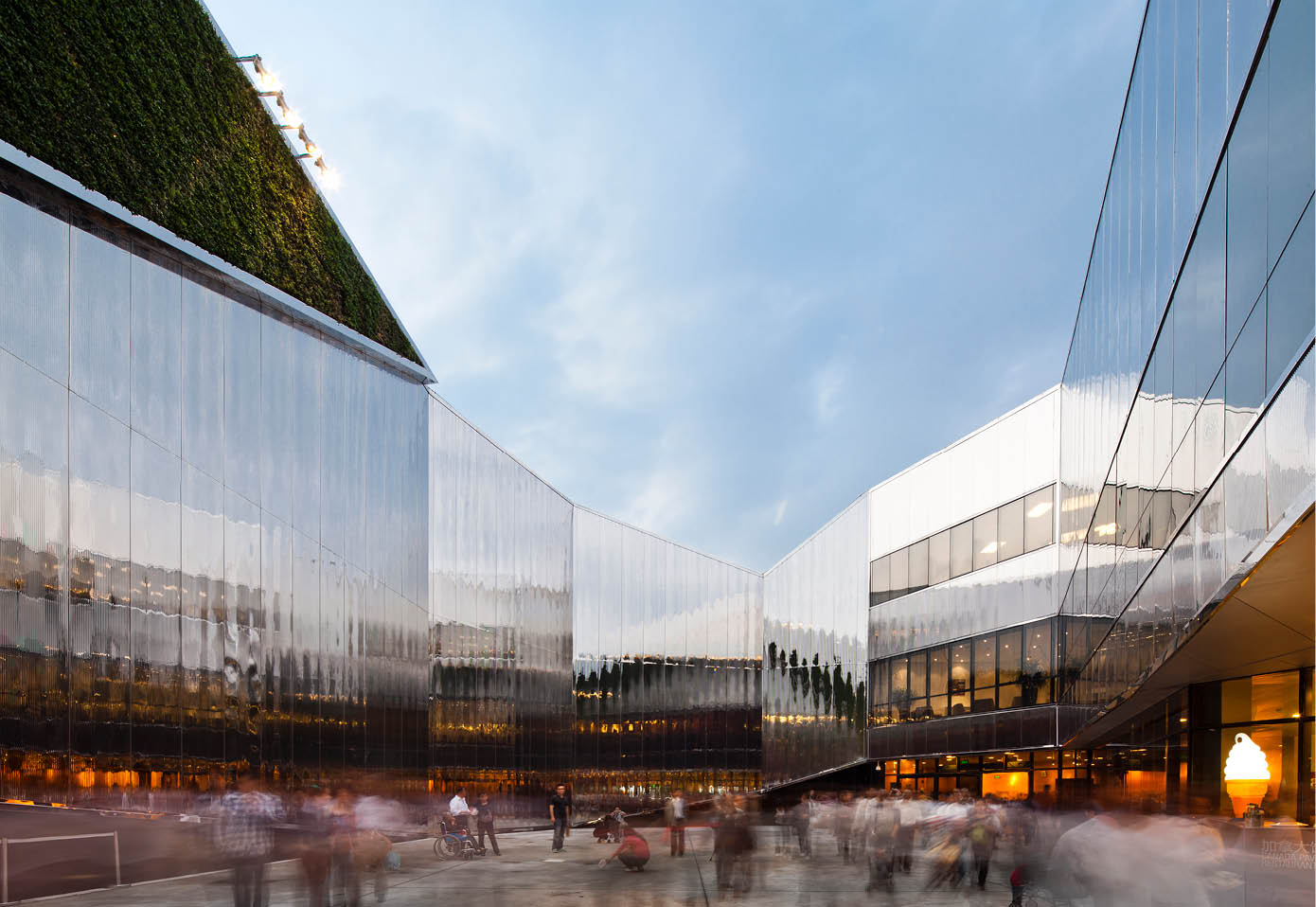 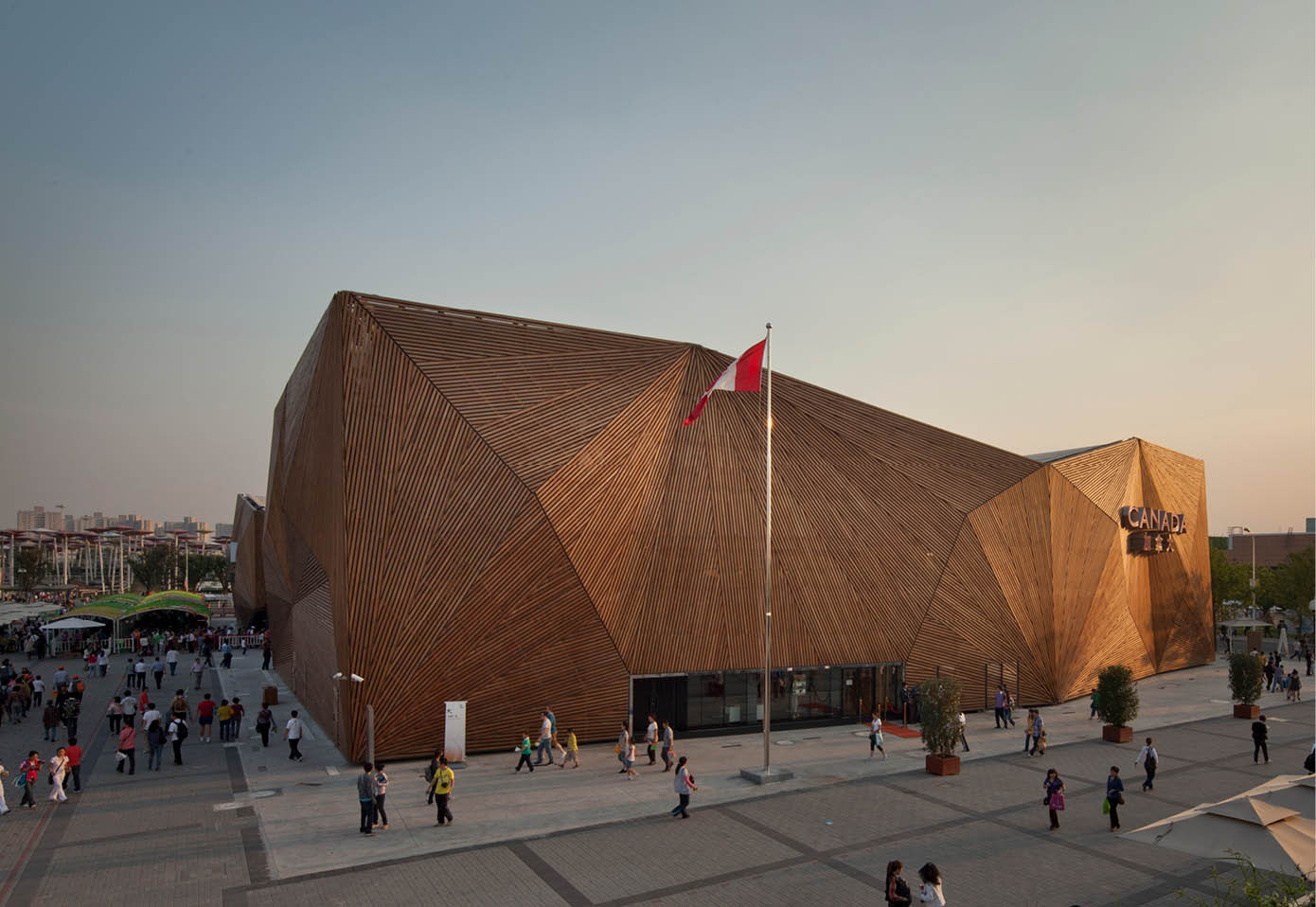 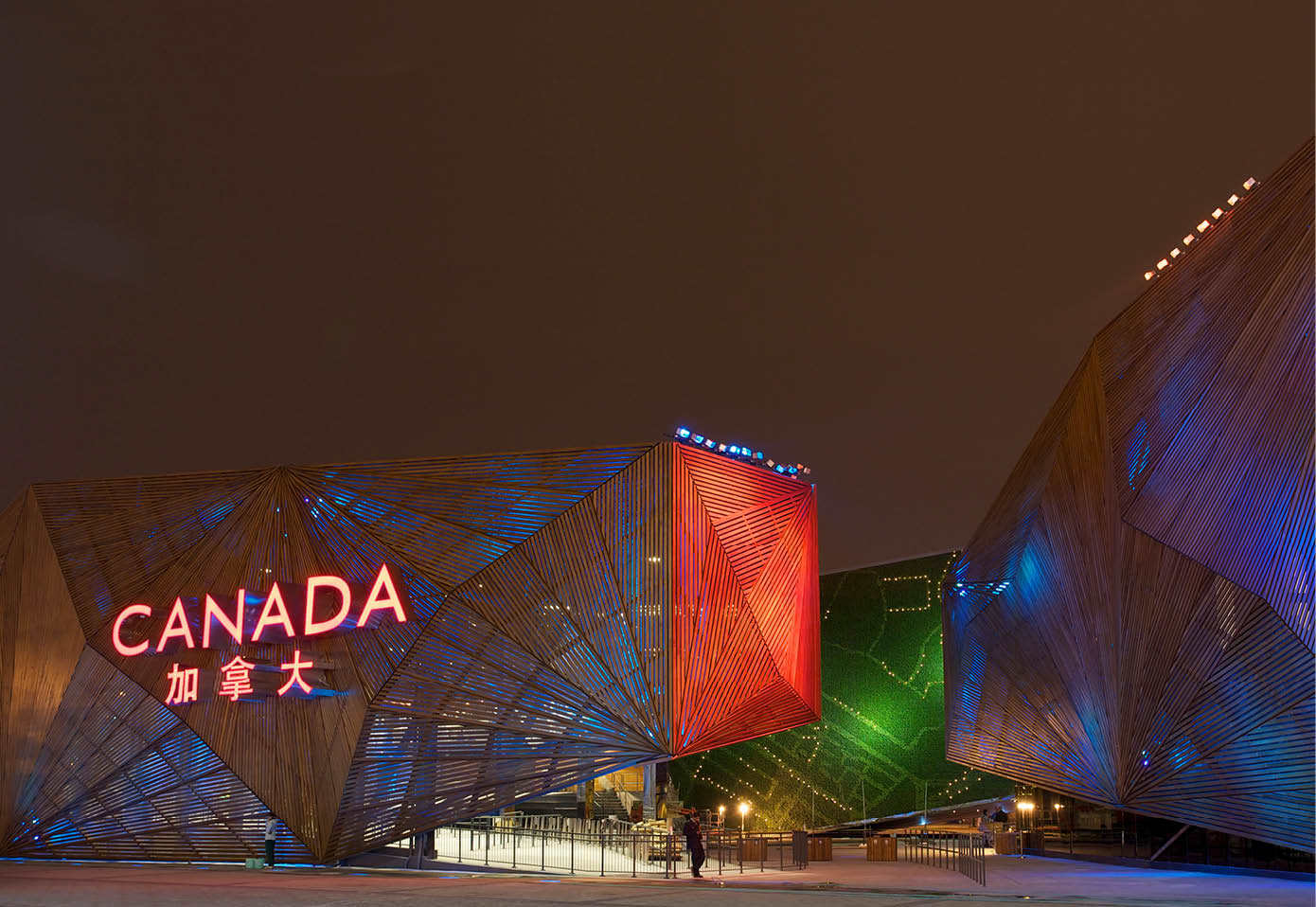 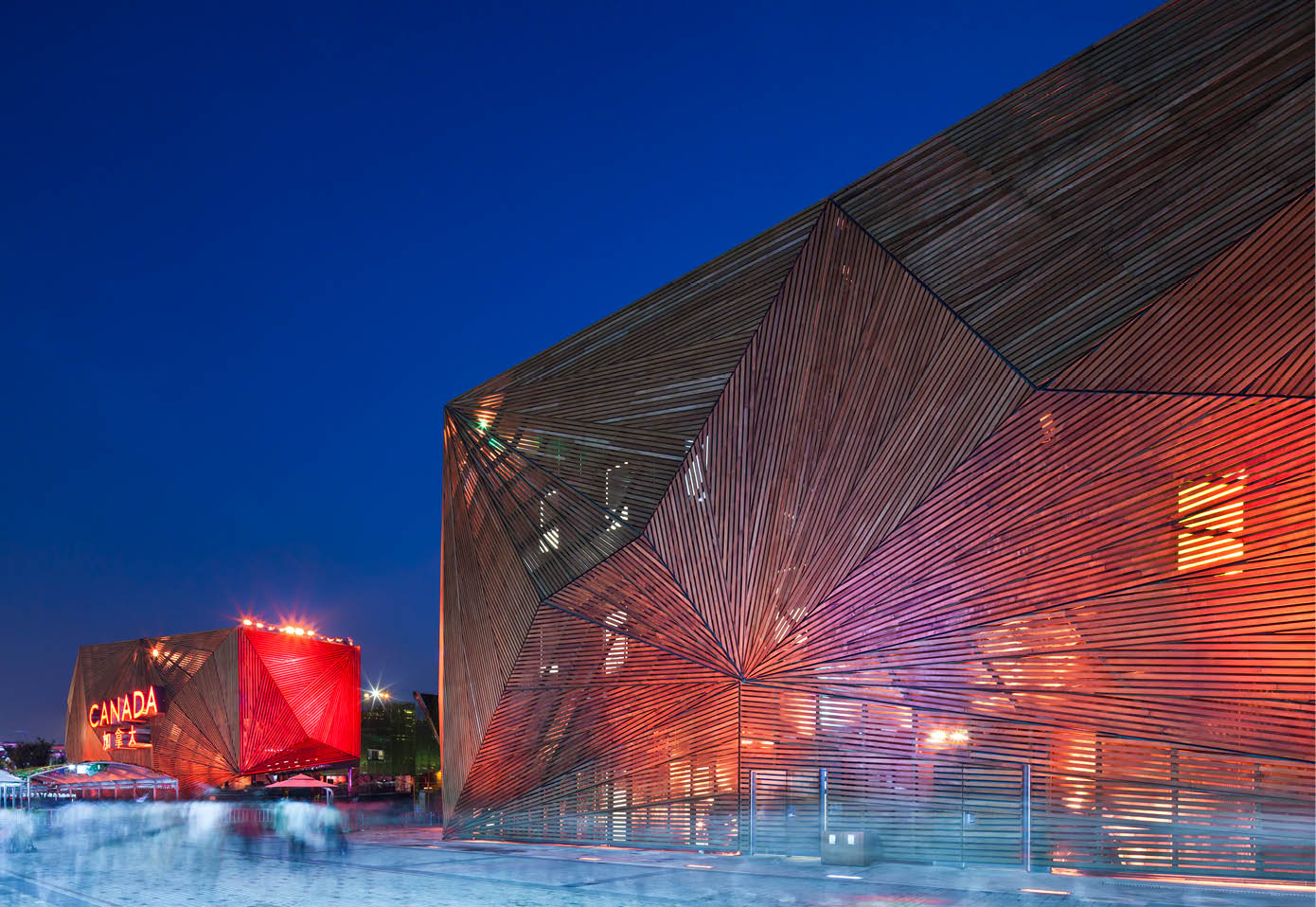 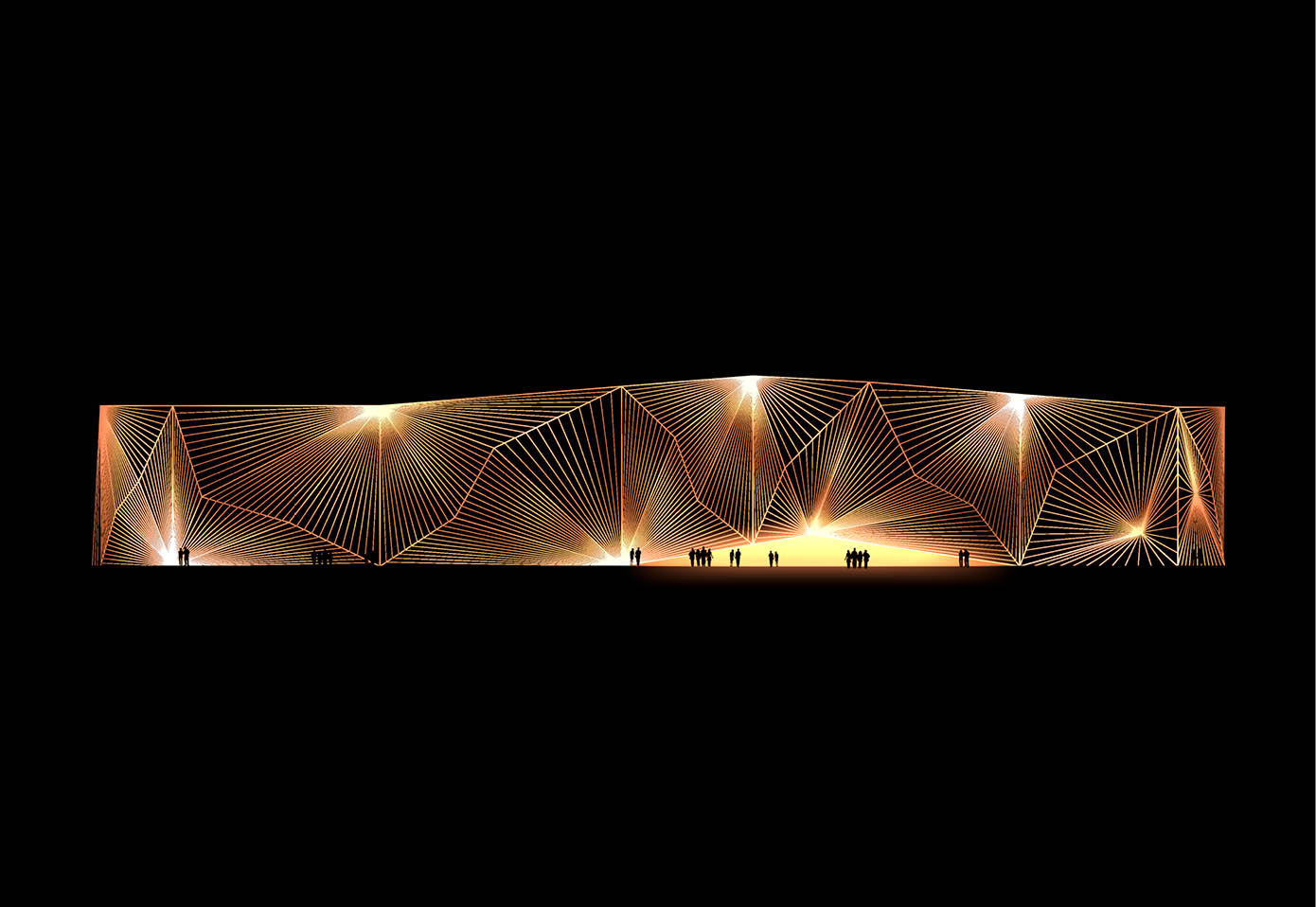 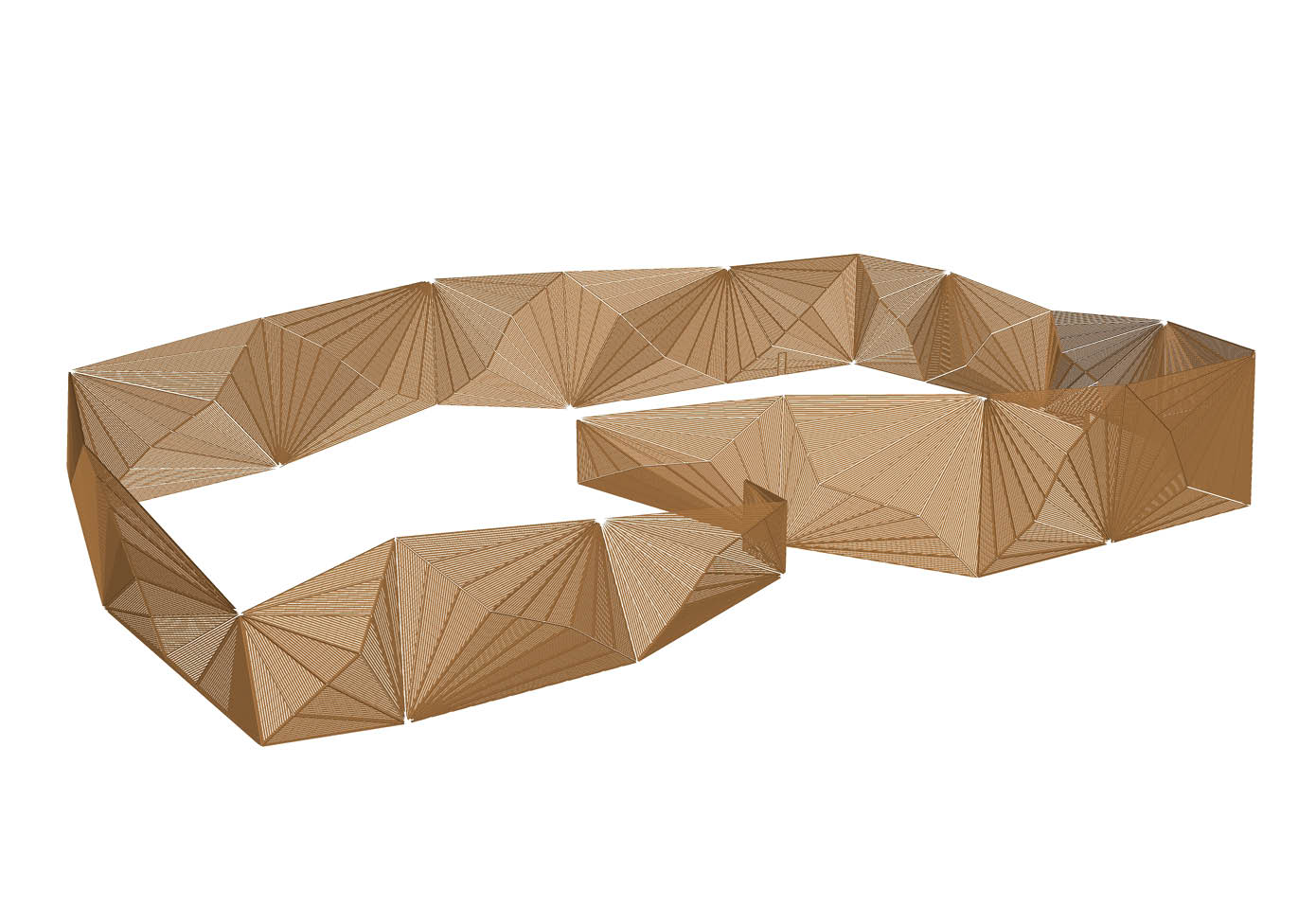