Team : Dino Barbarese, David Griffin, Nadia Meratla, Louis-Guillaume Paquet, Mario Saia, Vladimir Topouzanov, Sam Yip The 2003 master plan allows the construction of 535 affordable housing units, 40% of which are subsidized non-profit units, a community and sports centre, including a day care centre, a health and local social services centre (CLSC), a community garden and landscaped walkways. The original crenellated parti is conserved, but this arrangement is infilled in order to densify the site. This results in a more fragmented than continuous configuration affording the creation of passages planted with trees and the dynamic play of front and rear courtyards. The site becomes more porous and open to the community. The plan proposes the conservation of the community garden, of particular value to the veterans. This garden, in parallel to the ornamental orchard that covers the site, recalls the agricultural origins of the area. At the eastern side of the garden on Benny Street, we proposed conserving a three-story street scale and a four-story courtyard scale. The low wing of the Sports and Community Centre containing a daycare, administrative and community services, extends the alignment of these blocs. A number of significant original buildings are conserved, particularly on the length of Cavendish Boulevard. It is in the majority of these buildings that the cooperatives are housed. To the west, the extension of Prince-of-Wales Avenue is flanked by a series of row houses on one side and three-story walkups on the other. This subdivision respects the typical NDG grid and serves as a transition between this and the Benny Farm site. SUSTAINABLE DEVELOPMENT In terms of ecological integrity, the plan incorporates very substantial green spaces (over 55% of the surface area), conserves 240 trees and provides for the planting of 400 new trees. It also includes the renovation of 22 of the 52 original buildings (six-plexes). The buildings that are not conserved will be dismantled and part of the materials recovered will be utilized for the renovation and construction of other units on the site (bricks, hardwood), and for providing fill for the new streets (crushed concrete). The use of geothermal and solar heating allowed the first phase of construction to win the Holcim Foundation’s North American Gold Award (the drawings and specifications for the first phase were prepared by another architectural firm). PUBLIC PARTICIPATION From the social standpoint, the site’s development plan included a unique community consultation process. After years of debates and conflicts, the Canada Lands Company Limited set up a Task Force whose first job was to produce a program upon which all the stakeholders could agree. Based on this program, and after extensive public consultations, Saia Barbarese Topouzanov’s master plan was selected in December 2002 and adopted by the authorities of the Borough and the City of Montréal in September 2003. 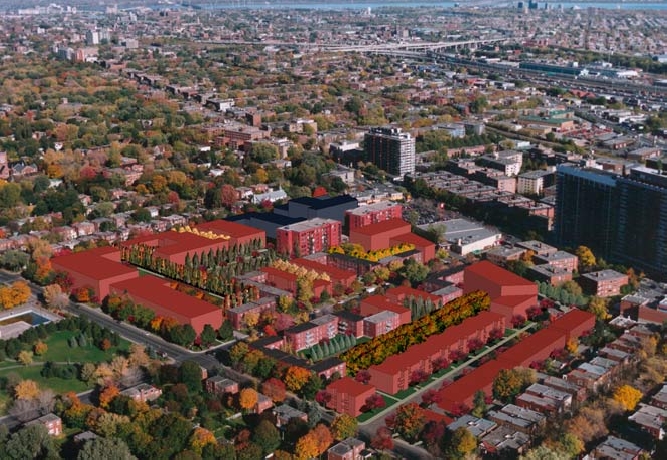 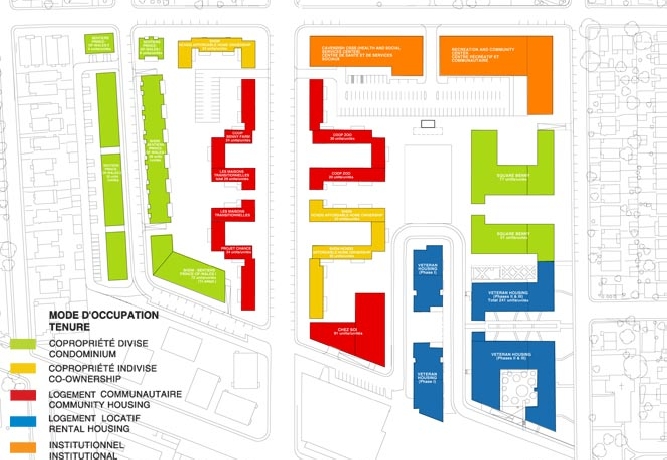 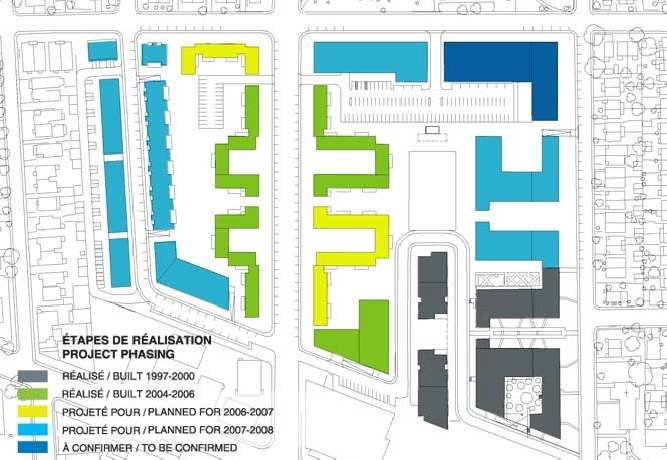 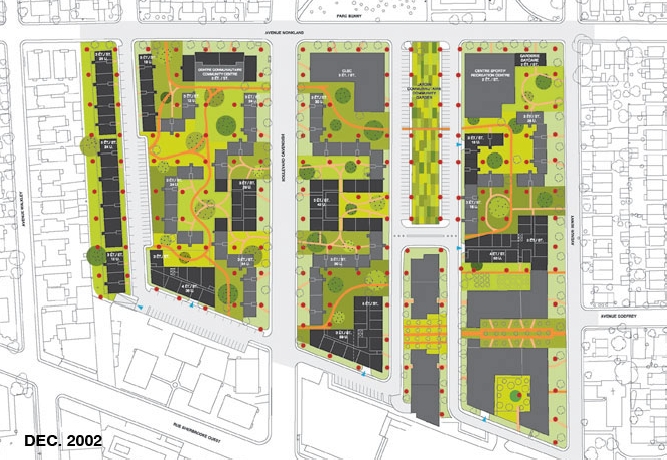 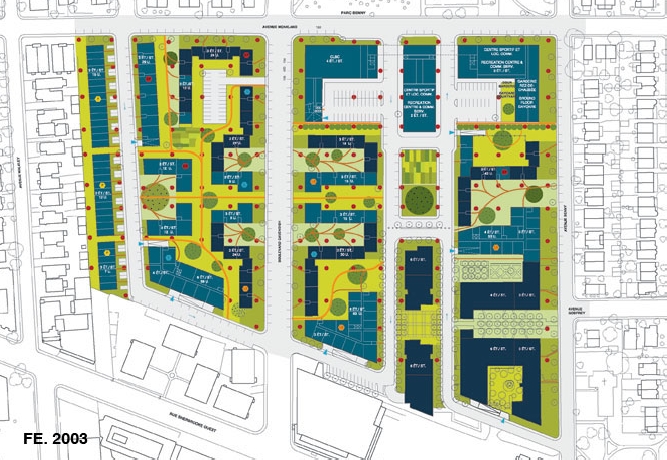 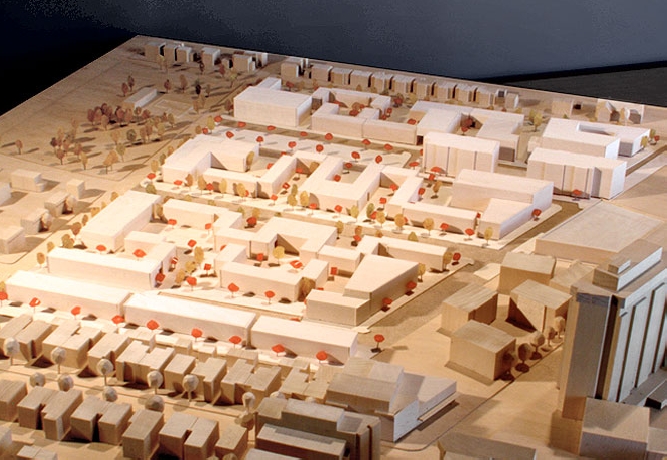 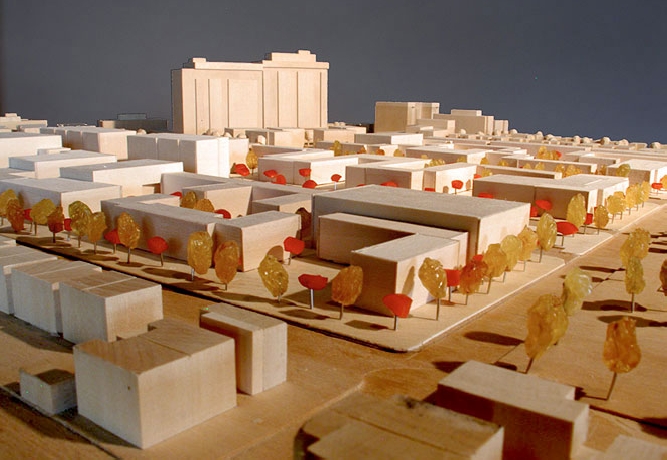